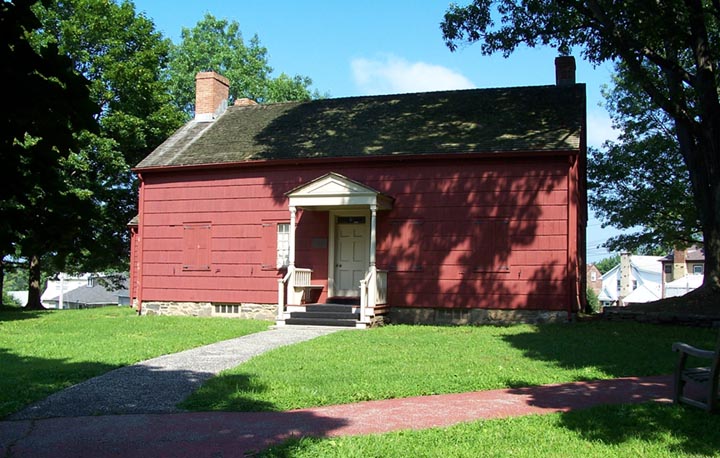 The Purdy House was built by Samuel Horton, an early settler, who remained in possession until after 1730, when Samuel Purdy purchased the house and 132 acres.

Title see-sawed from Samuel to his son, Jacob, then back to Samuel, and finally to Jacob about 1785. One explanation might be because two of Samuel's five sons became Loyalists and fled to Canada. Jacob held title until his own death in 1822.

The Purdy family continued in possession until the house was sold to Samuel Mott in 1869.

By the 1960's the house, forgotten and neglected, had become a multi-family dwelling, slated for demolition by the Urban Renewal Agency.

The Battle of White Plains Monument Committee purchased the house in 1963, and repaired and restored old beams and shingles. In 1973, when the house moved to its present site on Park Avenue, the house was deeded to the City of White Plains.

The Jacob Purdy House has been source-documented as General Washington's Headquarters from July 23 to September 16, 1778. Historians also believe it to have been the General's Headquarters before the Chatterton Hill battle of October 28, 1776.

On August 31, 1979, the house was placed upon the National Register of Historic Places. 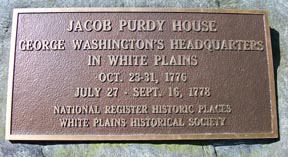