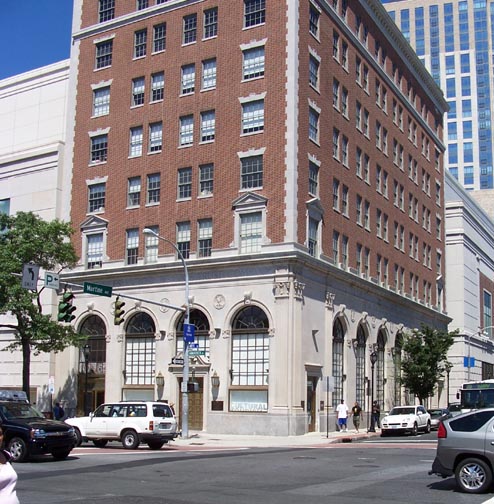 The Peoples National Bank & Trust Company was organized in the summer of 1924. It opened on September 2nd in the Depot Plaza on the corner of Martine Avenue with a capital of $100,000. In November of 1929, the bank moved into the new nine-story building on the corner of Martine and Mamaroneck Avenues. Prior to the bank's erection, the YMCA, which had occupied the site for a number of years, sold it to the bank and built its present building on Mamaroneck Avenue, near Maple Avenue.

In 1983, while redecorating the bank's interior, removal of a wall uncovered a 30 by 40 foot mural, an allegorical depiction of the settlement of White Plains. Subsequent research found that the mural's color plan was created by Angelo Magnanti. Alex Bonanno did the actual painting.