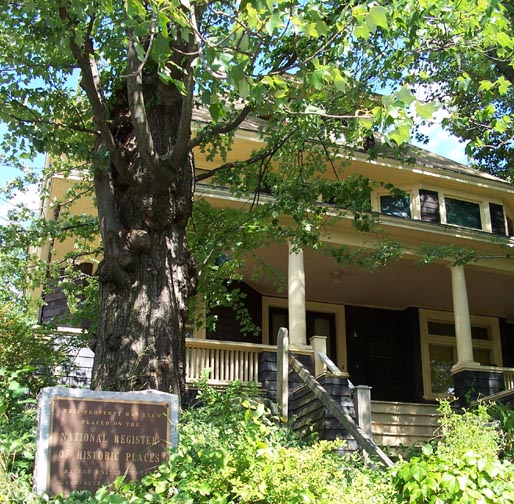 Percy Grainger purchased the former David Cromwell home at 7 Cromwell Place (c.1893) and with his mother moved into the house on March 4th, 1921. The following year Mrs. Grainger died.

Four years later, while returning to the States following a concert tour in Australia, Grainger met Ella Strom, the Swedish poet and artist. The shipboard romance blossomed and two years later, on August 9th, 1928, during an intermission in his Hollywood Bowl concert in California, they were married before an audience of 20,000 people. That evening he played for the first time, as a gift to his bride, his composition "To a Nordic Princess."

Grainger brought his bride back to his Cromwell Place home. Following his death on February 20th, 1961 at the age of 78, his widow remained in the house. She was 90 when she died here in July 1979.

On invitation, the composer performed three times at the White House, for Woodrow Wilson, Calvin Coolidge, and Franklin D. Roosevelt.

His composition "Country Gardens", played by Grainger at all his appearances during the war bond drives, has come to be the best remembered of all his works.